Swiss African forum was found in 2003 as an umbrella organisation for the interest of African living in Switzerland.

Africans in Switzerland live in scattered groups all over the country. Some of them have grouped themselves in various unrecognized Unions and associations, to take care of their immediate needs.

No matter where you come from, all Africans here have common problems but lack a common voice. They have common problems, but no lobby, or strong Association or group, which is taking care of uprisings and difficult situations.
Some of the problems include the issue of drugs and prostitution, subjective and biased media reports about Africans. These issues are now dominating the political and social spectrum of  Switzerland today.

There is basically no single day without a debate on various negative topics about Africans. The unfortunate thing in all these is that the Africans themselves are not given chance to contribute in such debates or do I say they pay less attention to them, each person thinking of his own personal problems rather than the general ones affecting all. These boils down to the fact that integration in the society is still one big stumbling block.

A lot needs to be done to bring the Africans and their hosts, the Swiss community much closer.

We look forward to a world of equality, where everyone integrates and expresses himself freely. We also seek a world where the dignity, status and pride of mankind are respected.

In order to achieve this, SAF aims to :

It is expected that SAF shall be a forum providing an avenue for Africans to work closer together, speak in one voice and be able to make their opinions heard by the host community, and most importantly to the host Government and beyond.

There should be increased awareness on the issue of integration, struggle against negative publicity on Africans and a closer link and positive contribution to their host communities.

There should be ground work in place to tackle some of the vices associated with Africans like drug business etc. The Embassies will be linked up as well in an effort to bring a positive image to all Africans here in Switzerland.

Since the formation of the Swiss African Forum (SAF) in April 2003, some of the major accomplishments includes but not limited to organising seminars, conferences, workshops and culural festivals. 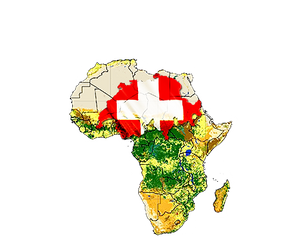